A Beauty by Anna Von Reitz - One of the Greatest Educational Writings Ever Written About Fraud, Deceit, Treachery, Chicanery, Abduction, Kidnapping, Press Ganging, and Outright Fraud That Is the, "United States of America Inc. Federal (Federal Equals Cont

A Beauty by Anna Von Reitz - One of the Greatest Educational Writings Ever Written About Fraud, Deceit, Treachery, Chicanery, Abduction, Kidnapping, Press Ganging, and Outright Fraud That Is the, "United States of America Inc. Federal (Federal Equals Contract) Corporation...
Also Suggested - Video by Max Igan! https://www.youtube.com/watch?v=FZOJeAoFWSc
Which is Wholly Foreign Owned and Foreign Domiciled Outside of America and Is Outright Owned By The Federal Reserve, the IMF and the United Nations Corporation  – All of them, CORPORATIONS, FOREIGN IN NATURE, CRIMINAL BY TRADE, AND HAVING PRIVATE OWNERS, aka = THE INTERLOCKING CRIME SYNDICATES OF PLANET EARTH = GENOCIDE, THEFT, RAPE, MURDER, FRAUD = CAST OFF YOUR SHACKLES CHILDREN OF EARTH

As I have been informing you over the last two years, we have been completely betrayed by those we were taught to trust the most…
…Law enforcement, congress, FBI, NSA, the President of the United States, local, city, and county, politicians, court officials and key government personnel… ALL OF THEM… operating in color of law against We The People and through nothing but pure evil deceit and by total gross intentional complete fraud, as they all have one thing in common, they are corporate officers, and corporate lackeys for a foreign corporation posing as a legitimate sovereign “on the land jurisdiction” representation for We The People, and instead are operating in the jurisdiction of the sea via maritime law under the admiralty flag that you see hanging at every court house and inside the oval office at the white house, the “old glory flag” with the gold frill around the edges, and with the gold tassels dangling, that means this government is not operating on the land jurisdiction, but in the jurisdiction of the sea and under maritime law, because it is a foreign owned corporation, which has operated completely through only CRIMINAL MEANS every step of the way for the last 146 years, since the Civil War.
Do some research and you will discover that before the Civil War, there was only three laws on the books,
1) Do not counterfeit currency.
2) Something else
3) Something else, can’t remember, not important.
What is important is that after the Civil War, the laws became statutes and codes and codified law, which are all for corporations, and the numbers of these corporate codes and statutes went through the roof and NEVER STOPPED!!!
IN THE WORDS OF TACITUS OF ANCIENT ROME:
“The more laws a government has…
The more corrupt that government is!”
Before the Civil War, the Law of the Land as given to us by our forefathers and the framers was, “DO NO HARM.”  Which meant if there is “no harm,” then there cannot be a crime!  Let that sink in and register.
- jay walking
- possession of a firearm

- driving without a license
- disorderly conduct

If there ain’t no REAL VICTIM, there ain’t supposed to be NO CRIME!  Ain’t nothing changed since the Constitution was signed except a bunch of Crime Syndicates swooped in through intentional starting of WARS and intentional genociding of large masses of countless millions of peoples at multiple time periods so they could steal everything from our government, to our gold, oil, and mineral deposits, to our very souls!  Read it and weep, then cry out with me:

“GIVE ME LIBERTY OR GIVE ME DEATH!”

How I found out, I read Anna Von Reitz on her website:

Anna Von Reitz is a retired federal postal judge.  As she tells you in her article below, the word “federal” in the 1924 Websters dictionary was defined as meaning, “contract,” which fits perfect, because in my writings linked at the bottom of this post, you will find that I have given you screen shots of the federal statutes which define the, “United States,” as a “federal corporation,” in the words of Anna Von Reitz,  “every time you see the word “federal,” replace it with “contract.”  So the federal coporation, “United States,” is really just a “CONTRACT CORPORATION.” “

How did I find out?  I read Anna Von Reitz, on her website, and that intrigued me enough to hire one of the largest law firms on the West Coast to investigate and find for me the location of where the federal corporation, “United States,” (Contract Corporation) was actually domiciled, I needed to know, because my next question was, “WHO OWNS IT,” because you and I both know that corporations have owners, and it certainly is not, “We The People” is it?  Just think about the Federal Reserve and its owners, do you think they operate at our benefit every time they raise the interest rates?

The lawyers came back to me after expending many hours of research time, said they could not find anything of note, I was frustrated, but conceeded, and asked them to send me the bill.

I called and asked for it, they said oh yea, we will get right on that.  Still it did not come.  I know very well that law firms make money by invoicing clients, I am in business for myself, my wife and i both, and we use law firms (multiple) all the time, and I will sure as fuck tell you that no law firm has ever NOT SENT ME A BILL.

Emigrate While You Still Can! Learn More...

So I knew something smelled funky!

So I persisted.  I harassed them, night and day, the law firm stopped taking my calls and refusing to return my emails.

So I went to another major law firm in the Portland Area, and I sat down with their senior most partner, and asked him… I told him what i’d hired the law firm to do, how many many hours they spent on it, and how they would not send me a bill, and I asked him to describe for me “what that means” and why they would misinform me and then not bill me.  The second law firm then straight up dropped me as a client, nice dismissal letter and everything.

So, without much further a due…  I give you one of the greatest writings of Anna Von Reitz (remember, you can find her whole collection at:  http://www.annavonreitz.com/

The Diabolical Nature
of What Has Been Done 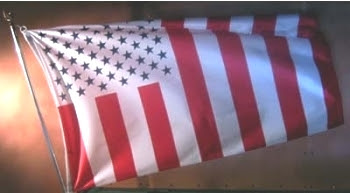 Posted by danny cahalin at 3:43 PM

Labels: Anna von Reitz, bankers, corruption, Deep State, fraud, Washington politics
Sun Tzu say:
“I hope you enjoy and appreciate how informative and ireplaceable Anna’s professional expertise is on this matter.  Anna is literally the glue holding together truth of the real history that has been hidden from us and instead We The People have been suffered enormously as victims of the MOST HEINOUS OF CRIMES, repeatedly, OVER AND OVER, for 146 years of theft, rape, kidnapping, murder, and genocide against WE THE PEOPLE of AMERICA!
Please visit Anna on her website and please support her and the Living Law Firm as they pursue across many legal jurisdictions, the criminal franchised corporations (CRIME SYNDICATES) which have enslaved our Earth and all of humanity.
Please read my own personal works and the works of other authors I respect, below:
Sincerely,
Sun Tzu
Links to Sun Tzu’s Educations Writings:

URANIUM ONE – Theft of America’s Most Economical Mineral and Geologic Deposits – GOLD, SILVER, COPPER, RARE EARTH MINERALS – Confessions of a Miner/Prospector/Precious Metals Assayer/Self Taught Geologist – PLEASE DISTRIBUTE! – ONLY YOU CAN BRING DOWN THE CRIME SYNDICATE – WE ALL MUST PLAY OUR PART TO BECOME HEAVEN ON EARTH

Links to Sun Tzu’s Reposted Articles by Other Authors:

WATERGATE WAS PEDOGATE – An article at Rumor Mill News Linking To A Must Read Explosive Read By A Victim and Retired NY Detective, titled, “EYES WIDE OPEN.” – The Break-In At DNC Headquarters Was An Attempt To Get “THE BOOK” – A List Of All Democrat and Republican Lawmakers Blackmailed By Their Crimes Of Child Rape/Murder – Repost by Sun Tzuhttps://nesaranews.blogspot.com/2018/12/repost-by-sun-tzu-watergate-was.html

YES, MEXICO WILL PAY FOR THE WALL in just TWO MONTHS – Running with the numbers